On public employees and the right to organize

With the dramatic budget proposal issued from the Wisconsin governor's office this week, I find that as a knowledge-worker employed to research and to teach -- or to "sift and winnow," we like to say around here -- I am motivated to write a short public piece about my own reactions to these budget proposals. I write from my personal position as both a state worker and a UW-Madison professor. Please remember that my views are my own, and not necessarily those of my department, my college, or my peers.

When I first joined UW-Madison as a new assistant professor in 2001, I also joined the United Faculty and Academic Staff labor organization -- an independent affiliate of the American Federation of Teachers -- even though, at that time, faculty at UW-Madison weren't officially represented by a union and didn't have the right to organize (as granted by the state of WI). Why would I voluntarily earmark a portion of my salary to an organization that didn't officially represent my interests? My own research centers around the history of human labor in highly technological settings for the production and circulation of knowledge -- something I shorthand as "information labor" -- and I've seen enough historical examples of productive and ethical organizing for better working conditions and greater public visibility to believe in the importance of the right to collectively advocate for the long-term interests of labor versus the more short-term goals of capital accumulation or political reelection. But on a more personal note, I knew that through nearly a century of work in southern Wisconsin and northern Illinois, my own extended family had long benefited from the strength of labor solidarity in other industries -- from the telecommunications sector and the postal service to the dairy industry and the farm-labor coalitions of the progressive era -- and this was a history that I wanted to help uphold. Finally, something about the fact that this little almost-union had the noble goal of uniting both faculty and staff in common purpose really appealed to me the more I discovered the unfortunate administrative divisions that often, if unintentionally, serve to isolate these two categories of knowledge workers from each other at a research university. In 2009 I was elected by my departmental peers to serve as the Director of my administrative unit, and I politely informed UFAS that I would need to end my affiliation with them since I was now taking on what I considered a "management" role (at least temporarily) in a climate when actual faculty unionization might become a real possibility on campus. So I understand the need to speak from a position that recognizes interests on all sides of any particular labor negotiation.

This week our current governor has proposed to roll back nearly all of the state-granted options for meaningful democratic representation and collective bargaining with public labor organizations around Wisconsin -- apparently under the assumption that this will save money in an environment where public workers are "overcompensated." (See this Milwaukee Journal-Sentinel article for details.) I strongly disagree with the notion that state workers are a drain on the economy; rather, I point to recent research from the Economic Policy Institute -- "Are Wisconsin Public Employees Over-compensated?" -- that suggests "Wisconsin state and local governments pay college-educated employees 25% less in annual compensation, on average, than private employers." And in the case of university workers in particular, I think it is easy to demonstrate that the economic gains to the state -- an educated workforce, a more competent citizenry, and the direct importing of millions of dollars in research and gift funds -- entirely justify a higher budget investment from taxpayers. I'm very concerned that other options such as progressive taxation or reallocation of funds from, say, corrections (prisons) aren't being considered here -- and in fact, aren't even being discussed, by the government or the press. But that's not the issue that worries me the most at the moment.

Any changes in the amount that state workers pay for benefits should, I think, be subject to legitimate negotiation among a whole host of democratically-chosen representatives, participating at various levels of administration -- from staff labor unions and faculty senates to college boards of regents and county supervisory boards. But the governor, and apparently his political party, are proposing the abandonment of this process of negotiation and participation. It's a proposal so surprising and far-reaching that it made news at the New York Times this week. Personally, I think this proposal is misguided. Over my decade of paid service to UW-Madison, I've seen democracy in action every single day on campus. In every unit and every discipline, our faculty and staff are able to collaboratively prioritize, discuss, debate, and decide issues about the proper course of university education, the proper administration of always-scarce funds, and the proper rewards to hard-working peers. It's not always pretty, and it's never easy, but it's something that the whole organization holds dear; and in the end, it works. It works not because it's the most efficient way of making decisions, but because it's the most transparent and legitimate. It works because it forces those holding opposing views to express and defend them in civil and evidence-based ways. And it works because it brings a basic dignity to a process where, all too easily, those with greater power or fancier credentials or higher salaries could simply have their way. That's what I think we will lose if, as an unrelated side-effect of changing the benefits payment structure of state workers, we throw out the very possibility of collective decision-making. We will lose an important mechanism to preserve the serious and honest participation of state workers, not only in shaping the character of the organizations that they serve, but in shaping the legacy that this state leaves to its next generation of civil servants -- and citizens.
Posted by Greg Downey at Sunday, February 13, 2011 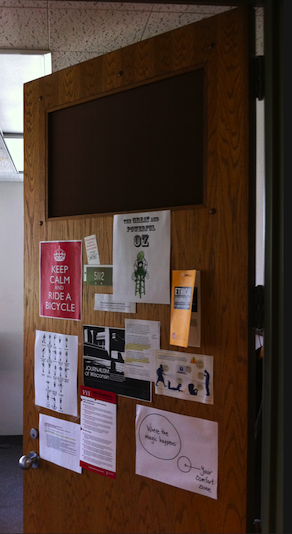 Greg Downey
Madison, Wisconsin, United States
Hi there. I'm a professor in two departments at the University of Wisconsin-Madison. Visit me at my web site if you like.